The Abortion Pill: Everything You Need to Know & Why It’s Not the Same as the Morning-After Pill 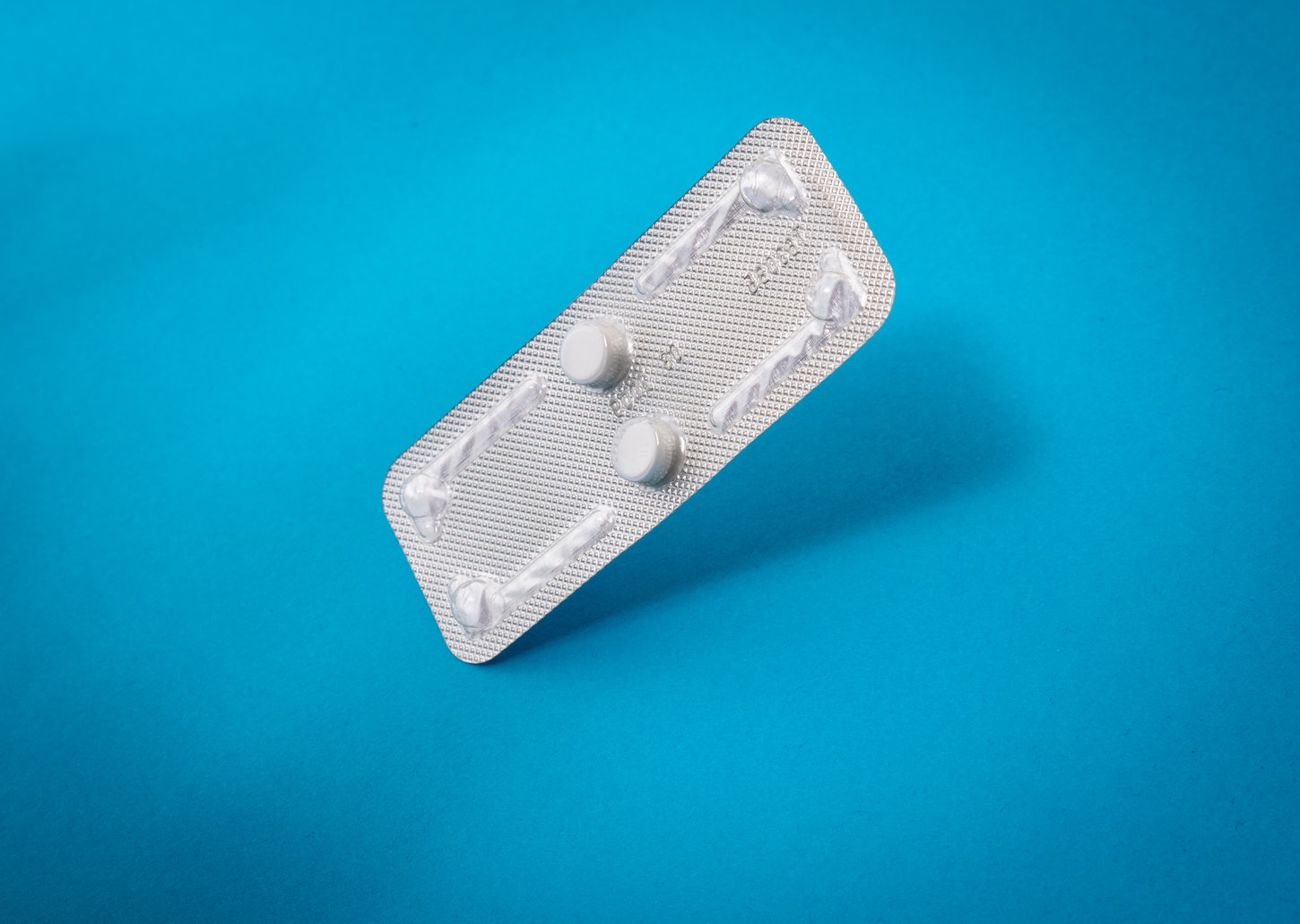 The Abortion Pill: Everything You Need to Know & Why It’s Not the Same as the Morning-After Pill

The abortion pill has caught more attention since the overturning of Roe v. Wade as abortion sanctuary states, foreign countries, and politicians share their agenda to make abortion accessible through the mail, even to US citizens in states that restrict abortion access.

Throughout the last few decades, researchers have studied ways to make medication abortion effective through oral administration. The abortion pill has gained popularity and now accounts for more than half of all abortions nationwide.

What Is The Abortion Pill?

The abortion pill is a two-part medication regimen used to terminate an existing pregnancy. The first pill is called mifepristone, and it is taken in conjunction with a second pill called misoprostol. The FDA approved medication abortion for the first 70 days or 10 weeks of a pregnancy.

Mifepristone and Misoprostol are the drugs used in abortion pills. Other names the abortion pill goes by are chemical abortions, medication abortions, and RU-486. The 2016 The TelAbortion Study launched as a research project that sends abortion medication through the mail to mothers. Their tagline reads “Safe. Effective. Private. Convenient.” As we will soon see, those claims are highly disputable. Now, six years later in a post-Roe abortion landscape, the abortion pill can be available at the click of a button.

How Does The Abortion Pill Work?

First, mifepristone blocks the hormone progesterone, which is necessary for maintaining a pregnancy. Without progesterone, the lining of the uterus breaks down and the baby dies. At this point in the chemical abortion process, the mother can reverse these effects and save her baby’s life if she takes progesterone to counteract the mifepristone.

Then, taken in the following 24-48 hours after the first pill, misoprostol causes the uterus to force contractions and expel the baby. This is accompanied by heavy bleeding and simulates a miscarriage. This can be a long and grueling process.

Once the baby is expelled, the mother is in charge of disposing of the remains. Often, this is either the pregnancy sac or baby parts. If the abortion pill does not work, the mother may need to have a surgical abortion or an emergency D&C (dilation and curettage) to remove any baby parts that were not expelled.

Is The Abortion Pill Safe and Effective?

Between 2000 and 2018, 24 mothers died and 4,000 mothers reported harmful reactions to the pill, such as hemorrhaging, excruciating abdominal pain, and life-threatening infections. Abortion-related deaths are up as the abortion pill and the associated risks can be quite harmful:

The abortion pill being so accessible will only cause these numbers to rise, killing more babies and putting more mothers’ lives in danger. In fact, a Pre-Born! staff member went through the process of applying for the abortion pills on AidAccess.org, and it never asked her to upload a dated ultrasound (as the abortion pill should only be used before 10 weeks).

Also shockingly, AidAccess.org never asked for age verification. After the abortion pill request application, part of the instructions informed the Pre-Born! staff member that: “You will receive a tracking number from the pharmacy when the package is shipped. Shipping time is 1-3 weeks, but it can take up to 4 weeks. We do not have any control over shipping after the package has left the pharmacy.”

Online accessibility to the abortion pill puts women and minors in danger as those looking to get these pills may be misinformed about the gestational age of their baby. By the time the abortion pills arrive, the pregnancy could be farther along and even more dangerous for the mother to have a medication abortion. Knowing this, the FDA added a Risk Evaluation and Mitigation Strategy (REMS) or dispensing requirements to the abortion pill in 2011, which only permitted medical providers with certification from the pill manufacturer to prescribe and directly dispense the drug. This would ensure in-person care, eliminating the possibility of getting the abortion pill by retail means or through the mail. In 2021, the FDA lifted this requirement.

The 24 women who died because of the abortion pill were due to either infections caused by leftover baby parts that failed to expel properly or because ectopic pregnancy was not diagnosed by a medical doctor prior to the mother taking the abortion pills. This negligence could have prevented their deaths.

What Does The Abortion Pill Mean For The Fight for Life?

COVID-19 forced our nation to operate and depend on the digital marketplace, creating the perfect testing ground for the abortion pill to be available at the click of a button. The Biden administration quickly sought to reverse the restrictions of President Trump. One of which was the policy requiring mifepristone/Mifeprex, the first oral drug taken to starve the fetus of nutrients, to be dispensed by a doctor in-person.

On April 12, 2021, President Biden officially reversed this decision because it was deemed “medically unnecessary” and “the context of the COVID-19 pandemic placed patients and medical staff at risk of exposure to the virus.” Using accessibility and public safety as rationale, abortion proponents are making good use of our new cultural landscape.

The decision to abort a child is a fragile one. Taking away the step for mothers to seek counseling and access accurate medical information on medication abortion, puts mothers in danger. Online videos and counselors make at-home abortions sound effortless, safe, effective, convenient, and private. They are lying.

The time for instant access to medication abortion is here as almost 100% of at-risk women are online. The CDC reported that 57.7% of abortions in 2018 were for women in their twenties, and 92.2% of abortions were performed at 13 weeks gestation or less.

Abortion can now be marketed as a private, convenient birth control method where doctors are replaced with online videos and counseling, not always by a medical doctor.

What is the Morning After Pill?

The morning-after pill is a high dose of levonorgestrel, a progestin hormone used to prevent pregnancy when taken within 72 hours of unprotected sex. The morning-after pill is often referred to as Plan B One-Step, as the most common brand of the pill. It is also marketed under the names Take Action, Aftera, Next Choice One Dose, and other generic brands.

It is argued that the morning-after pill does not terminate an existing pregnancy and is not effective if a woman is already pregnant. However, the scientific debate is whether the morning-after pill prevents an already fertilized egg from implantation or if the pill stops a sperm and egg from ever meeting to begin with by delaying ovulation. Because it is a highly debated issue, it remains a gray area of abortion. Pre-Born!’s conviction is that it does function as an abortifacient with the possibility of ending the early life of an embryo.

How does the Morning After Pill Work?

It is widely argued that the pill works by delaying or inhibiting ovulation (the release of an egg from the ovary) and by thickening the mucus on the cervix, making it difficult for sperm to travel through and fertilize an egg. In fact, the main ingredient used in the pill is progestin, a synthetic form of progesterone, which nourishes an existing pregnancy. So, the claim is that if an egg is already fertilized, the progestin wouldn’t harm a new embryo. What is the truth? Is an already fertilized egg safe from the morning after pill, or does the morning after pill stop or remove the fertilized egg from implanting on the uterine wall, acting as an abortifacient?

Is The Morning After Pill Effective and Ethical?

According to a 2014 review of levonorgestrel-only emergency contraception pills, the morning-after pill was 89% effective when taken within 72 hours of unprotected sex. Research has found that the medication is less effective in women who weigh over 165 pounds or have a body mass index (BMI) of 25 or higher.

If a woman’s ovulation period has already started, there is no way to reverse the release of the egg from the ovary. The egg could be exposed to sperm and implantation could occur. There is no way of knowing if or when fertilization has taken place after unprotected sex, and it is highly debated what effect the morning-after pill has on an already-fertilized egg. Ask yourself what your personal conviction is concerning this area of abortion, and ask what God thinks about this issue.

Science has proven that at the moment a sperm fertilizes an egg, light is emitted in the womb. Described as an explosion of zinc fireworks, Scientific Reports explains the sparks that fly when an egg is fertilized is the signature that life is formed.

God beautifully works in the micro details. Such a small moment at the beginning of life is marked by light. Even at the earliest stage of gestation, this is precious life that should be protected.

Your support allows Pre-Born! Pregnancy Clinics to love and support women through their pregnancy, educating moms on what options really exist for them. Please continue to pray and give support to mothers in crisis that abortion would become unthinkable. Thank you for giving the gift of life.