Join Us December 17th
for a Lunch & Learn

With current political synergy, a post-Roe vs. Wade society is becoming an ever-increasing possibility. What legislation is in the pipeline to make this a reality, how will that change the current landscape of our culture, and what are the implications for the thousands of pregnancy resource clinics across the nation?

Position yourself on the cusp of this momentous season of our country. Join us as we delve into a look at the United States freed from the snares of the Roe vs. Wade decision. 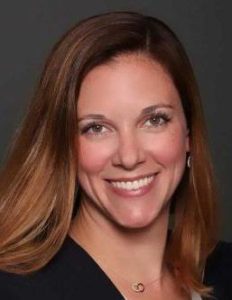 Catherine Glenn Foster legal strategists have been involved in every prolife case before the U.S. Supreme Court since Roe v.Wade. AUL is the pioneer of the state-based model legislative strategy, which works to save lives today while undermining the so-called “reliance” interest adopted by the Supreme Court in Planned Parenthood v. Casey: the false idea that women “rely” on abortion to succeed in American society.

Dan Steiner serves as Founder & President of Pre-Born, which on a national scale serves the Pregnancy Center Movement in the areas of placing ultrasound machines, executive coaching, organizational development, marketing and fundraising.

Pre-Born Centers lead the nation in women receiving Christ. He is a graduate of Indiana State University and he and his wife, Valerie, live in Indianapolis, Indiana.